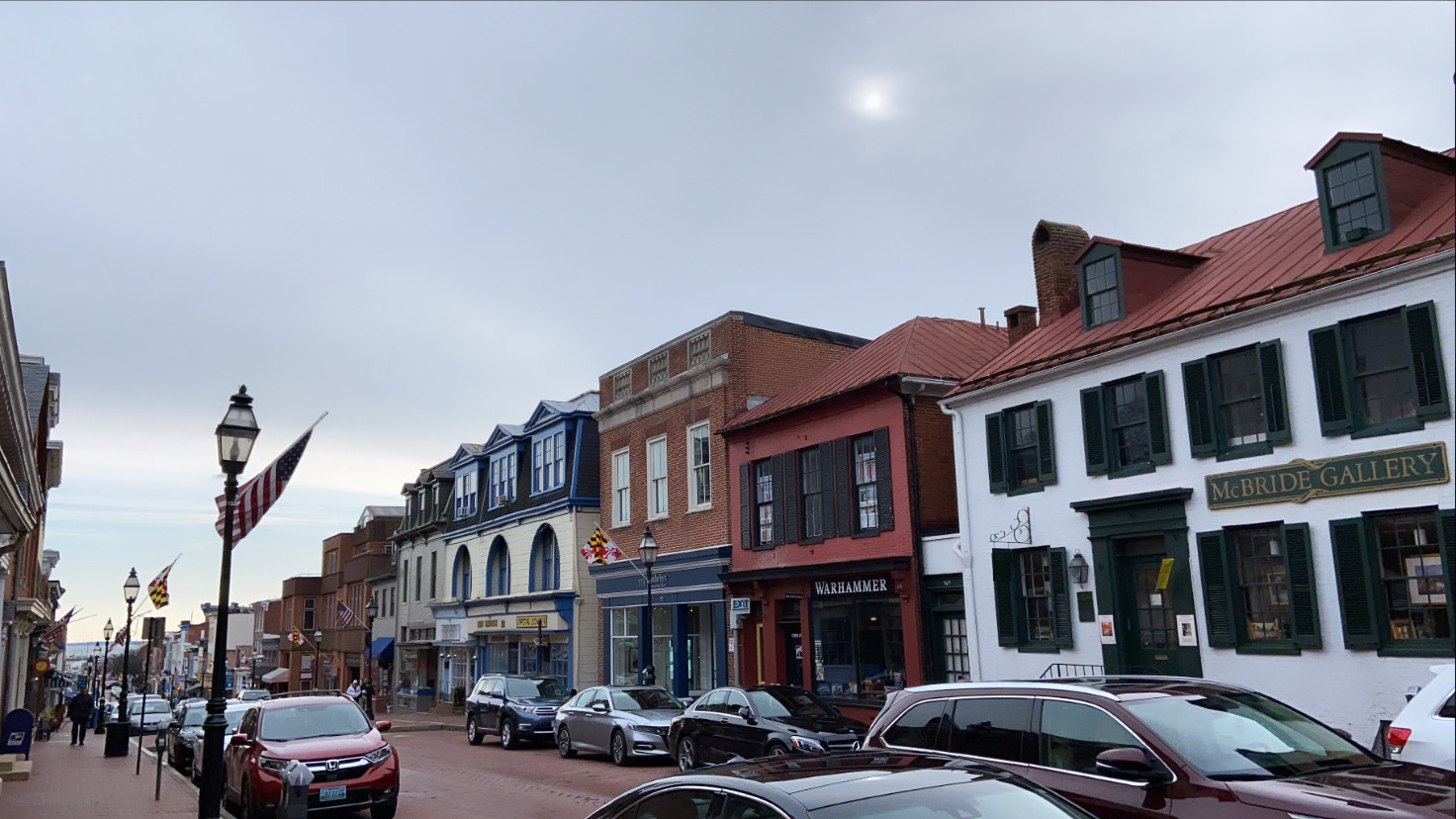 We are big seafood lovers, especially shellfish so we absolutely loved dining out in the heart of the Chesapeake.

The charming, historical capital had a lot to explore and lots of shellfish to try.

From crab to lobster to oysters and more, here are some of our favorite meals! 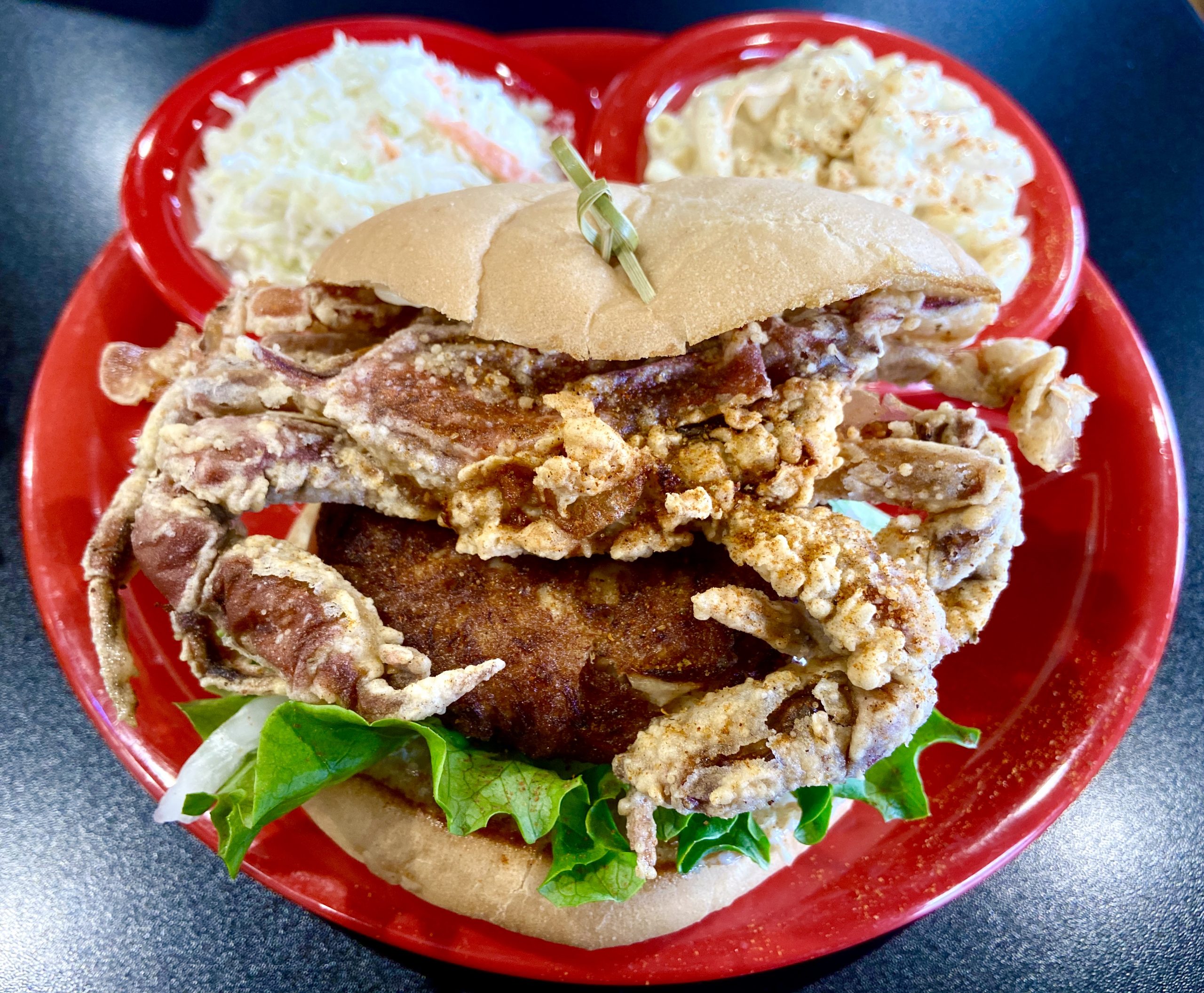 First we stopped at Bahama Mike’s, home of The Crab Stacker. A family-owned fast-casual, restaurant, located in Pasadena is most definitely worth the 20 minute drive (or if you’re coming from the airport – it is on the way!).

The Crab Stacker was like no other sandwich I have ever had before. A soft shell crab stacked on top of a delicious crab cake that is then on top of some lettuce, tomato , and mayo – all sandwiched between a warm homemade roll makes this sandwich uniquely unforgettable.

My favorite part was the generous portions of crab — just look at that thing! Plus, if you get the dinner-plate, you can choose 2 sides – we went with the coleslaw and pasta salad and definitely were not disappointed.

Next time we’re in the area, it will be a difficult toss up between getting The Crab Stacker again or trying one of their other unique crab-filled sandwiches. 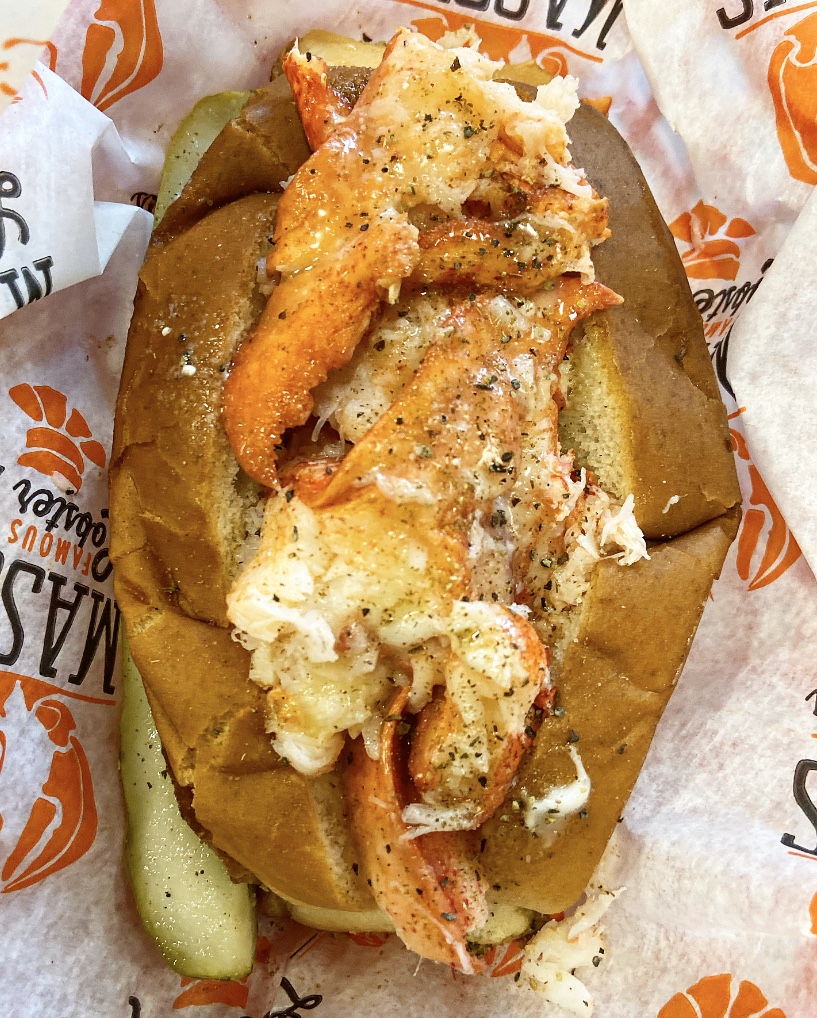 Mason’s Famous Lobster Rolls is located in the heart of Annapolis on Main Street – (only the cutest street ever!).

This classic lobster roll did not disappoint. A lightly toasted buttery bun, a little mayo, and a whole lot of generous lobster seasoned just right with lemon butter made me the happiest of bellies. Priced reasonably at $15.00, I came dangerously close to eating multiple!

If you’re looking for even more lobster – you can try their Bar Harbor Roll – on top of any roll you choose, you can add all the meat from 1 1/4 pound lobster, including the tail! 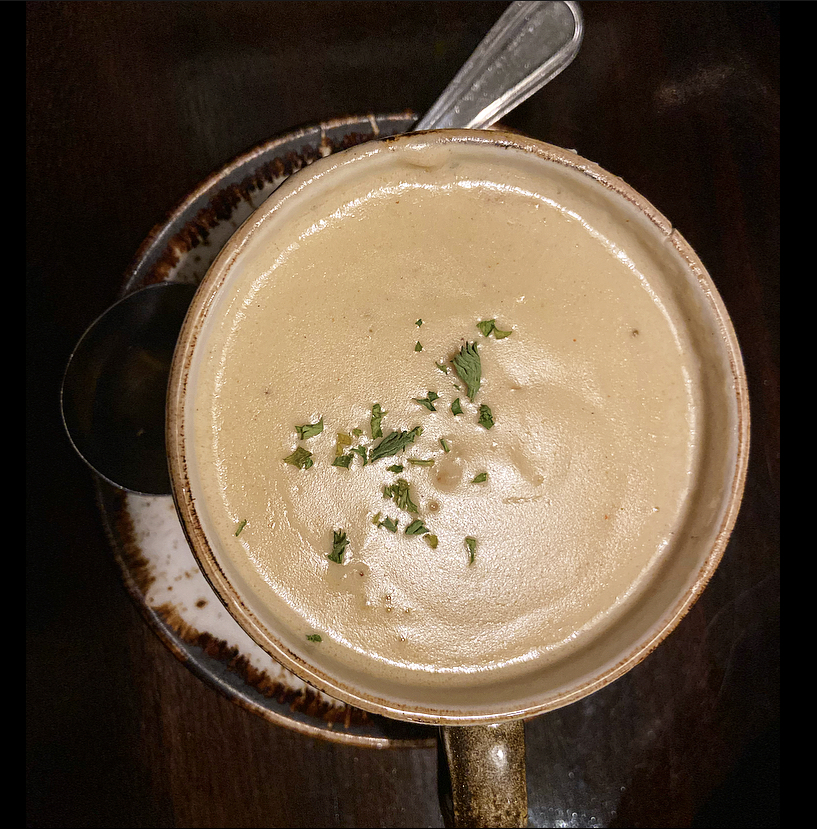 The Federal House is located right in the downtown of Annapolis on Market Space right near the harbor. This all-american bar and grille was the perfect spot to relax with good food and good friends.

We made sure to try the cream of crab soup and it’s no surprise to me that this soup won awards. Rich, warm, creamy with a little old-bay kick and a healthy portions of lump crab – this soup was perfection! For reference – this is a cup of soup. We got plenty of other food including fresh raw oysters and BBQ ribs to keep our bellies and hearts full. 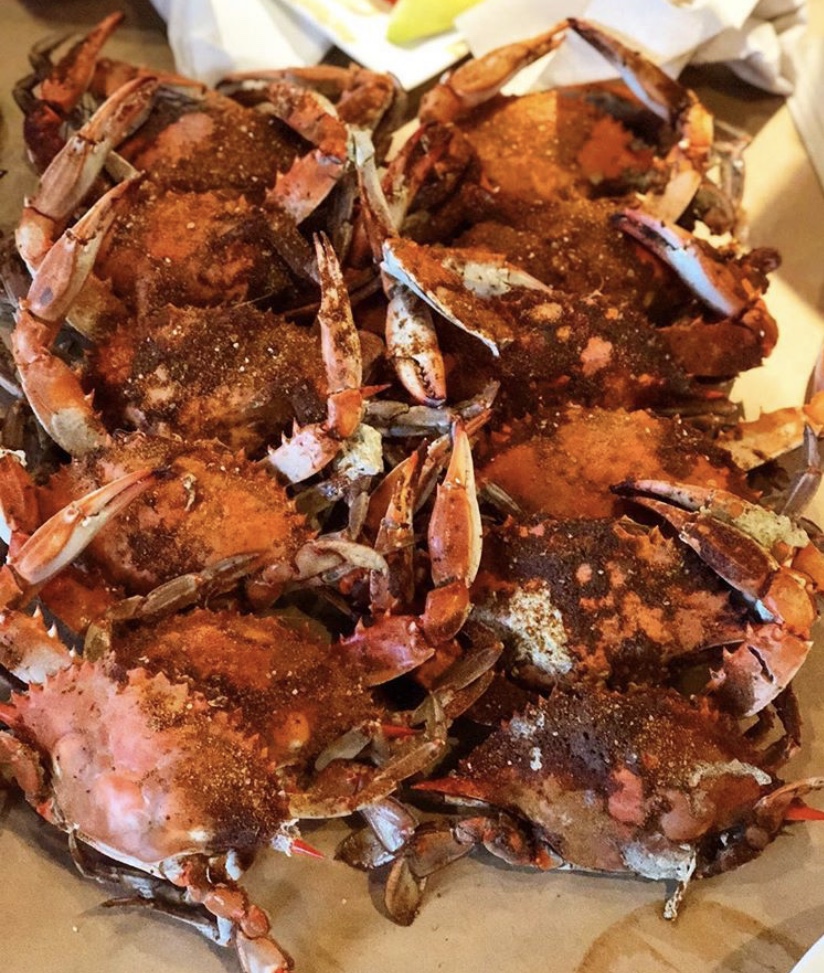 The Point Crab House and Grill

A little off the beaten path, The Point Crab House and Grill is worth the trip both for the crabs and the waterfront views.

We were able to sit outside with views of the Atlantic Marina, and crack open some old bay covered crabs and couldn’t have asked for anything better.